Well, technically, waves are always coming, it just depends on when they actually are going to arrive. BUT, waves are actually coming this week…hold on Northern Costa Rica we are about to get lit up! 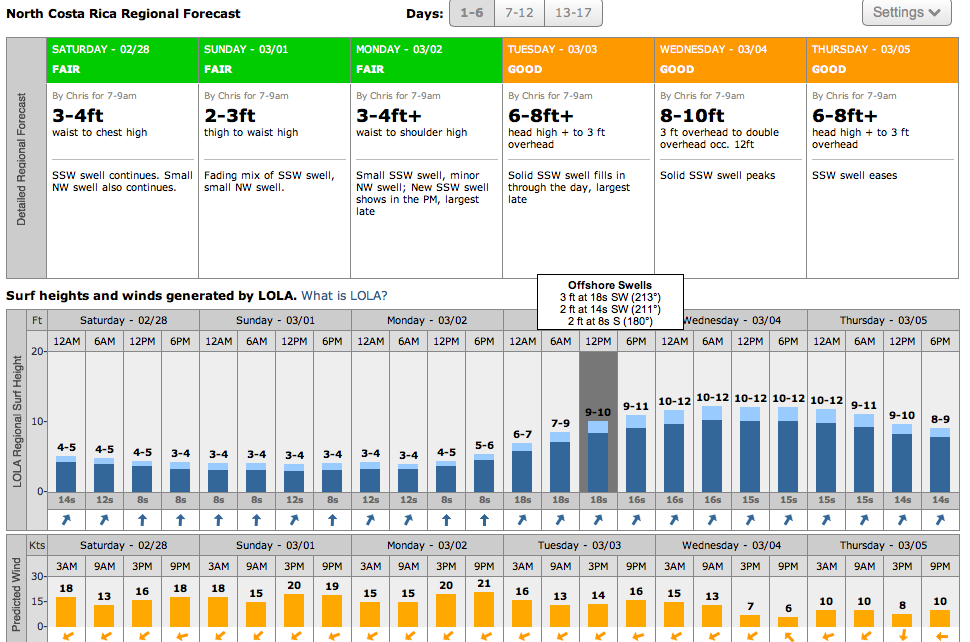 Good thing my parents just so happen to be visiting me THIS week..looks like they actually get to see me surf!

Since I have chatted about how waves are made (aka swells), where and what direction they break, wind conditions, now we can delve into swell direction.

Swells come from all different directions (North, South, East, or West), depending on where you are located in the world and where the storm that is generating the swell.  Swell direction is also further forecasted in degrees on a compass. For example, a South West swell is coming from the South West (and heading to the North East) and you can see from the diagram that the angle would be 225 degrees (numbers on the outside edge).

A quick break down on degrees is: 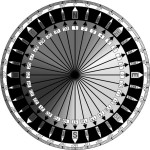 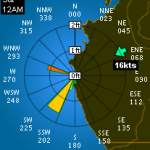 Then we need to consider what direction your beach faces (North, South, East, or West). For example, my home break Tamarindo faces North-West.  The best waves usually are generated from a North or West swell.  These swells typically come from Alaska during the Northern Hemisphere winter at 265°- 310°. If you cross the river mouth here in Tamarindo and surf Playa Grande which faces South-West, the best swells come from the South at 170° – 240°. These swells are usually generated during the Southern Hemisphere winter. 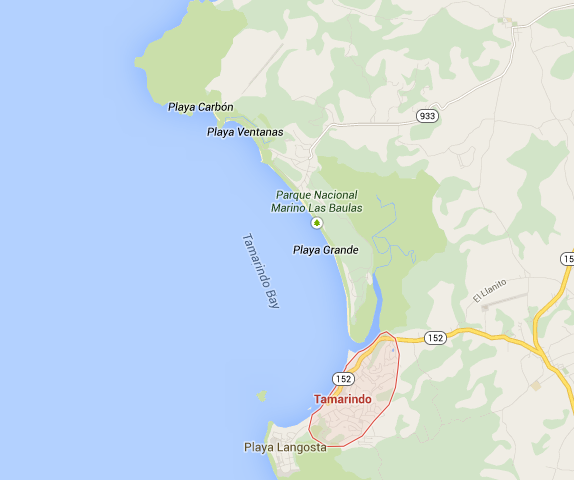 So what happens if you live in Tamarindo and there is a South swell???  There is potential for the swell to refract and still produce waves in Tamarindo (in general the swell angle needs to be greater than 210°). The waves will be smaller since the swell is not a direct hit to Tamarindo, BUT some waves are better than no waves!  And, at times the swell can be too powerful and direct for Playa Grande, so  more surfable waves happen to be in Tamarindo.

Sound a bit confusing? Don’t worry, just like weather forecasting, surf forecasting can be wrong. My rule of thumb is to just show up and the beach, paddle out and have some fun!

Tamarindo during a NW swell, January 2014.