Now that I have FINALLY de-thawed from the “Polar Vortex” that engulfed all of the East coast the beginning of January and landed back in sunny Costa Rica I can actually move my fingers to type.  OK, this is a little bit of an exaggeration, but seriously 18 degrees Fahrenheit in Savannah, GA?! Since my digits are a little rusty, I will keep this post short and sweet. Plus, I know y’all like my photos better than my words.

Last week I attended SurfExpo, the largest surf industry trade show.  In addition to pretty much all the major surf companies, emerging brands are able to exhibit as well.  To top it all off, the SurfExpo hosted the kickoff for the celebration of 50 years of the iconic surf film, “The Endless Summer”. Since I work for Mr. Endless Summer himself, Robert August, I was fortunate to get an insider look at the event.

Here are just some of the highlights of the show: 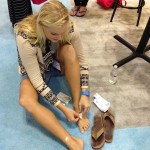 Getting tatted up with some awesome Mi Ola Surf Flash Tattoos 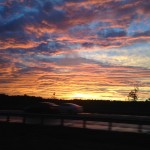 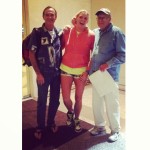 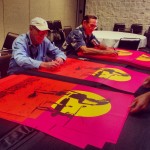 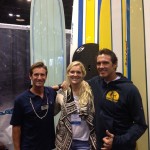 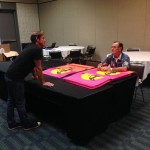