If you are a frequent peruser of Samba to the Sea, then you most likely have deduced that I am obsessed with A) chasing sunsets, B) standing on my head, C) hiding behind my Nikon DSLR, and last-but-not-least, Z) twinkle-toeing. 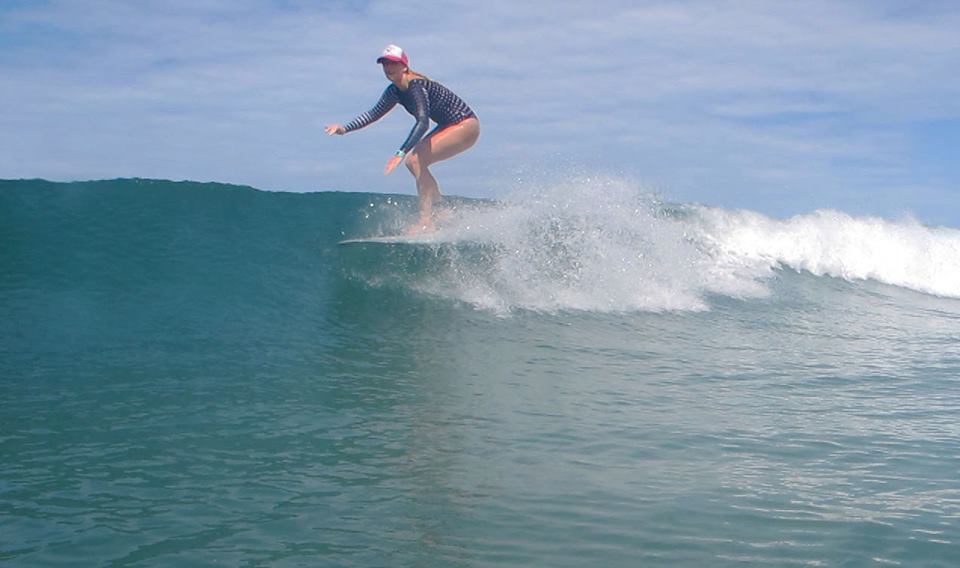 Dancing in my playground. Photo by Surf With Leo.

And in order to twinkle-toe, you gotta have waves, or as they are called in Espanol, olas. Given that I like to talk about surfing and waves quite a bit, why not study up on them and learn how waves are made? Thanks to my trusty friend Señor Google and my blog post for MI OLA a couple of weeks ago, I can give y’all a mini lesson!

So just how are waves formed?

Waves are made when wind transfers its energy from the air to the water. Three factors influence how big the waves get: 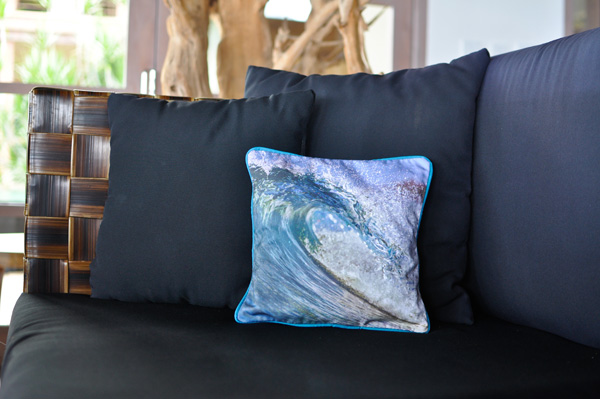 As waves grow larger, the distance between waves will grows too. The biggest waves are created by storms out at sea, like hurricanes. They start out as huge, choppy waves and gradually become strong, smooth peaks (called swell). The swell drags against the ocean floor as it gets nearer to the beach. That dragging causes friction, which causes the wave to grow taller, slow down and eventually break.

The shape of the ocean floor (also called in fancy-dancy-science terms bathymetric profile) and the direction of the wind are the two main factors that cause a wave to break/crash. The best surfing waves are usually caused by sand bars, rocky points breaks or reefs. These underwater features cause the ocean floor to rise steeply, and they create the hollow tubes that surfers love. For an extreme example, look at this image from Surfline of Teahupo’o. Thousands of miles of Ocean and energy meet a really abrupt coral reef shelf… and create an amazing tube (and a devastating wipeout!) 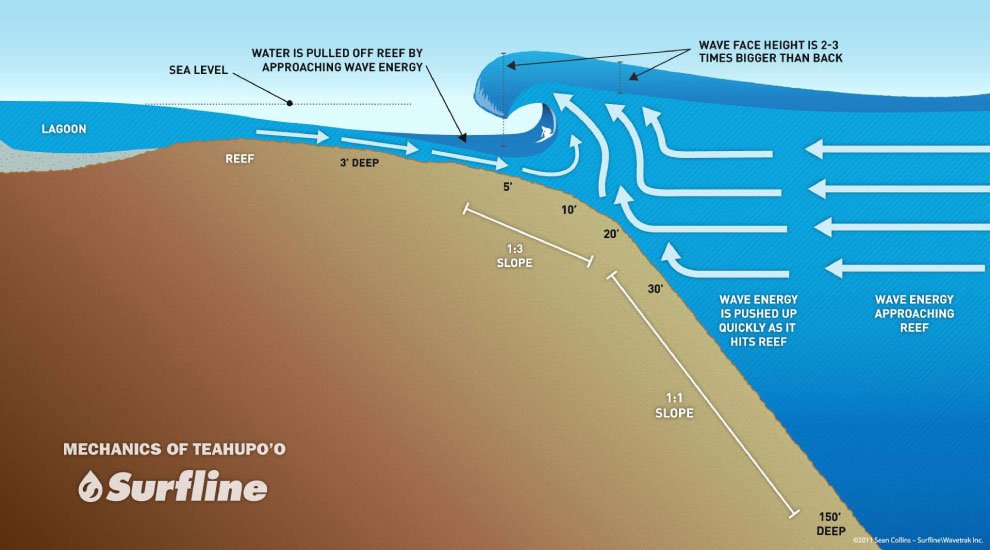 Waves break more gently and farther out if the slope of the ocean floor is gradual. This is why certain beaches and surf spots are better than others.

Got it? That is the basics of how waves are formed. Then throw in swell direction, wind conditions, and tide, and you have the basics for surf forecasting for your surf break….and stay tuned for more surf science!