Last year my friend and I switched surfboards for a couple of waves while out surfing. Off went my 9’4″ longboard and underneath me was a potato chip of a surfboard, a 5’11”. To put this into perspective, I am almost 6 feet tall and up until this point, I never had surfed a surfboard my size. Not even close. You see, when you first learn to surf, it is better to start out on longer boards because it is easier to catch waves with a longer board (more surface area for the wave to catch) and then gradually start to “step down” in size. The more waves you catch, the more practice you have. Plus, if you can control a long a longboard, you are ready to step down. All in all, at this point I had only been surfing for a little over a year, and I was quite happy boosting my wave count with my longboard and my then relatively new board, my 7’6″.

OK, so now I am on this 5’11’ saying to myself that I am out of my mind to try out this wafer. Next thing I knew, a wave was coming at me and boom, I caught the wave! What?! The next couple of waves were not so pretty, which I attribute to how soft the waves were, but a little seed was planted. The next couple of months passed, and on occasion I would borrow and test out a short board. After a while, I was intrigued. I had to get my hands on a short board. I emailed my favorite surfboard shaper, Robert August Surf Company (I may be a little bit influenced), and after some discussion, my board started to come to life. 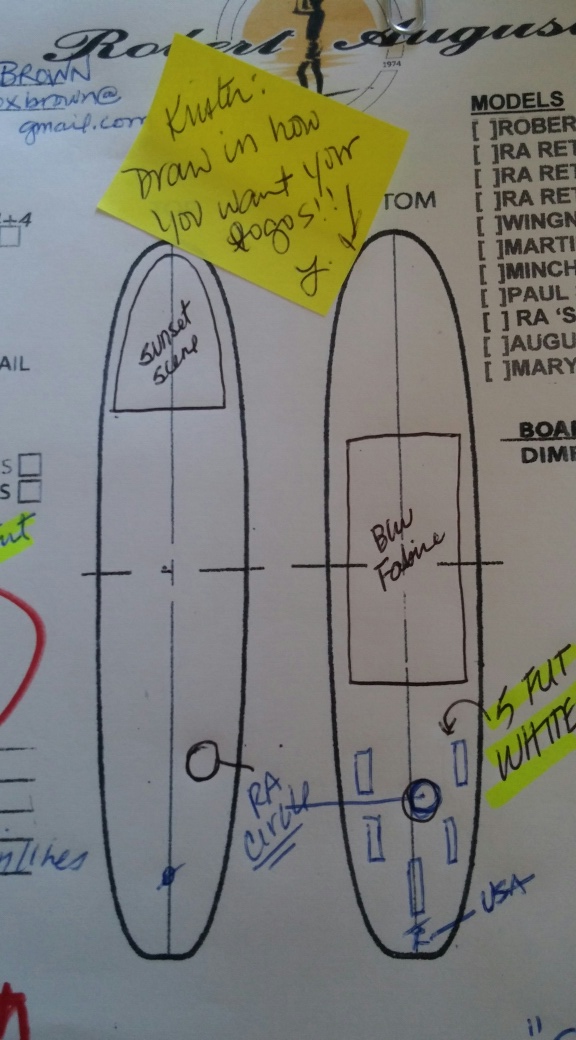 Because I was getting a custom board made, this meant that I could do anything design wise to the board. My wheels started spinning; initially I contemplated a design with my postcards but seeing that the board was being shaped in California and I was in Costa Rica, this made the design process a tad difficult. The solution? Since I was already printing my images on fabric for The Beach Bazaar, I decided to print two of my images on super thin cotton to inlay into the board. Fast forward almost a couple of months later and my board finally arrived in Tamarindo via special delivery from Sam August.

So what did I get?! A 6’2″ Robert August Surf Company “Fun Dip”. After all, my rule has always been that my boyfriends need to be taller than me! 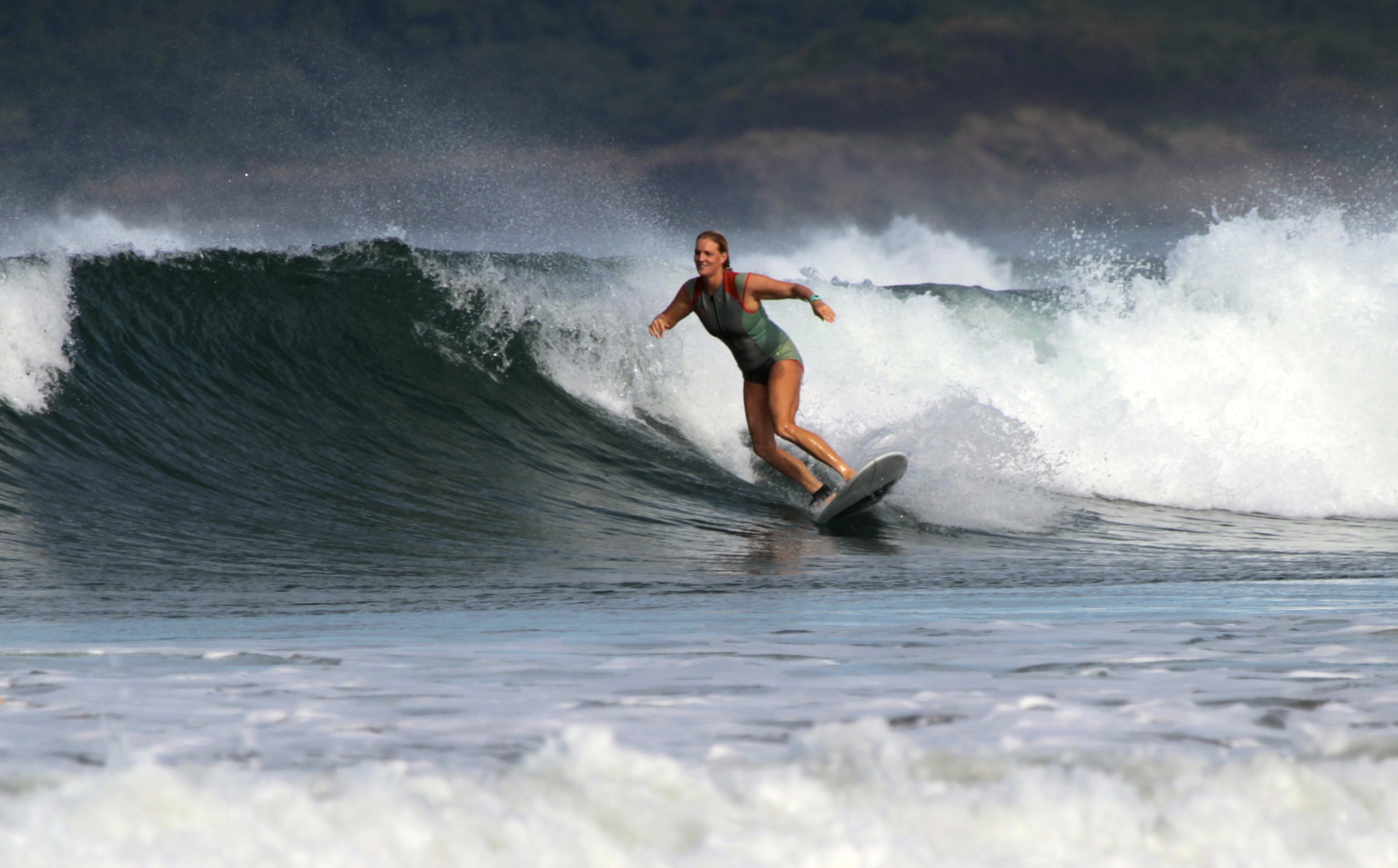 Pure STOKE. Thanks to my awesome friend Cheri Seconhand Surfer for capturing this beauty xoxo 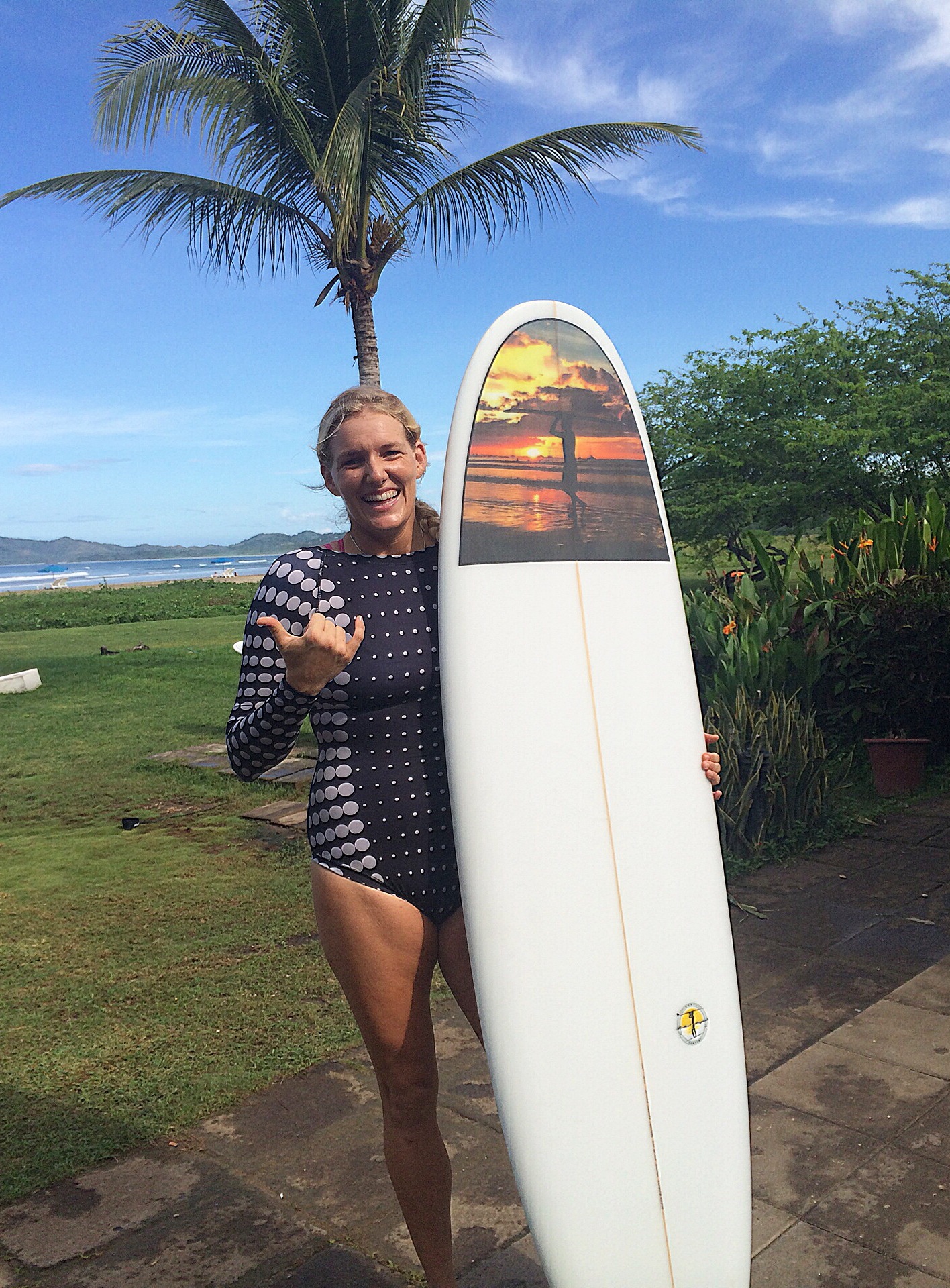 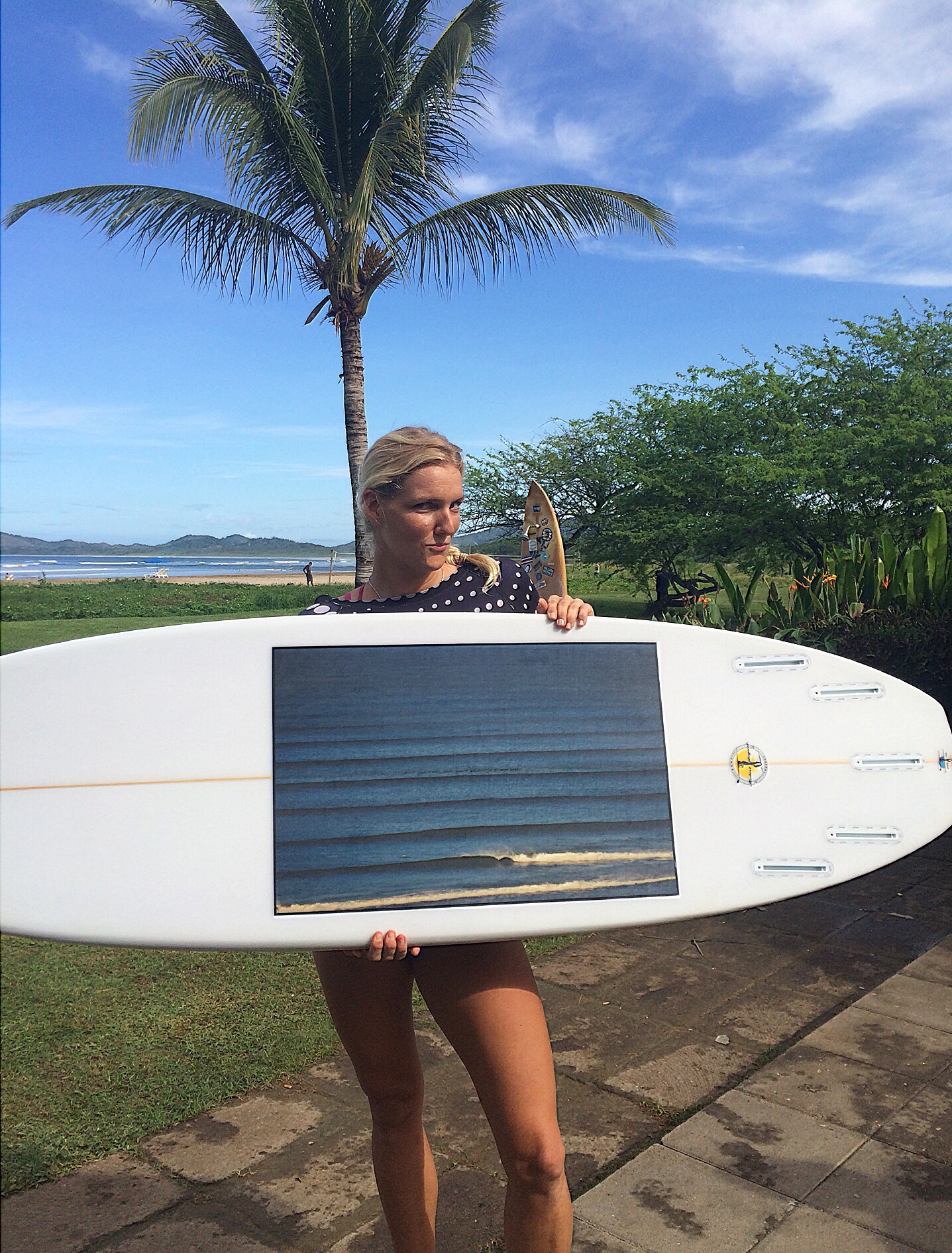 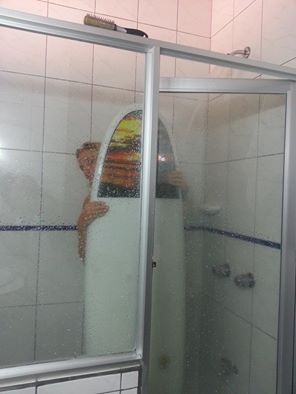 Caught in the act…